I keep up with the reports and journalists proclaiming that America’s suburbs are thriving and will continue to do so forever. Yet I keep scratching my head since these depictions are in conflict with what I keep seeing on the ground as I travel around the country. 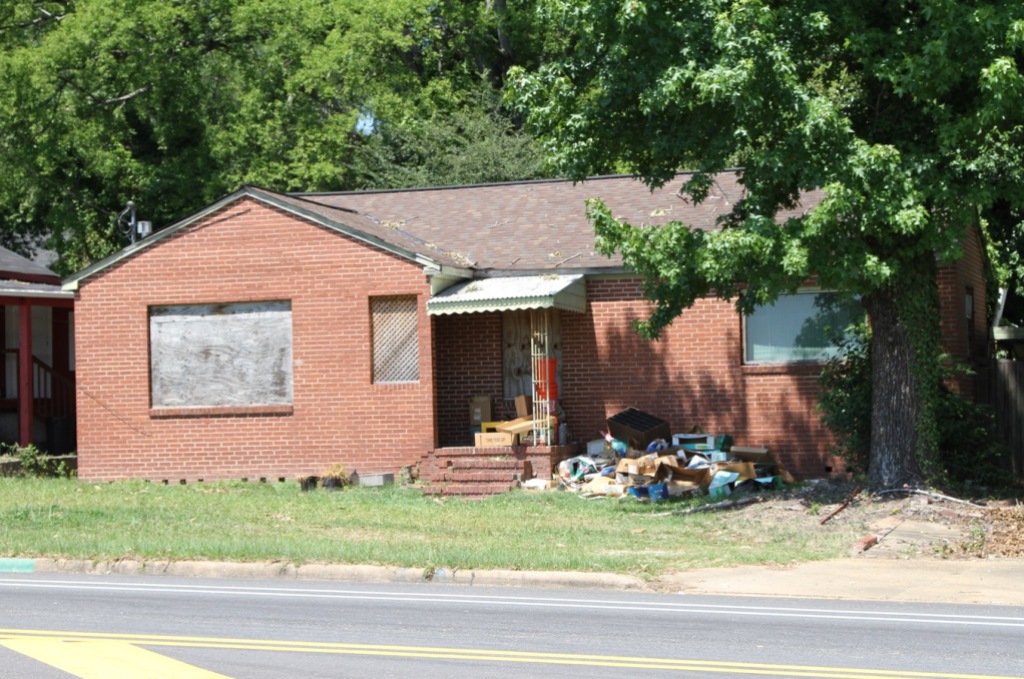 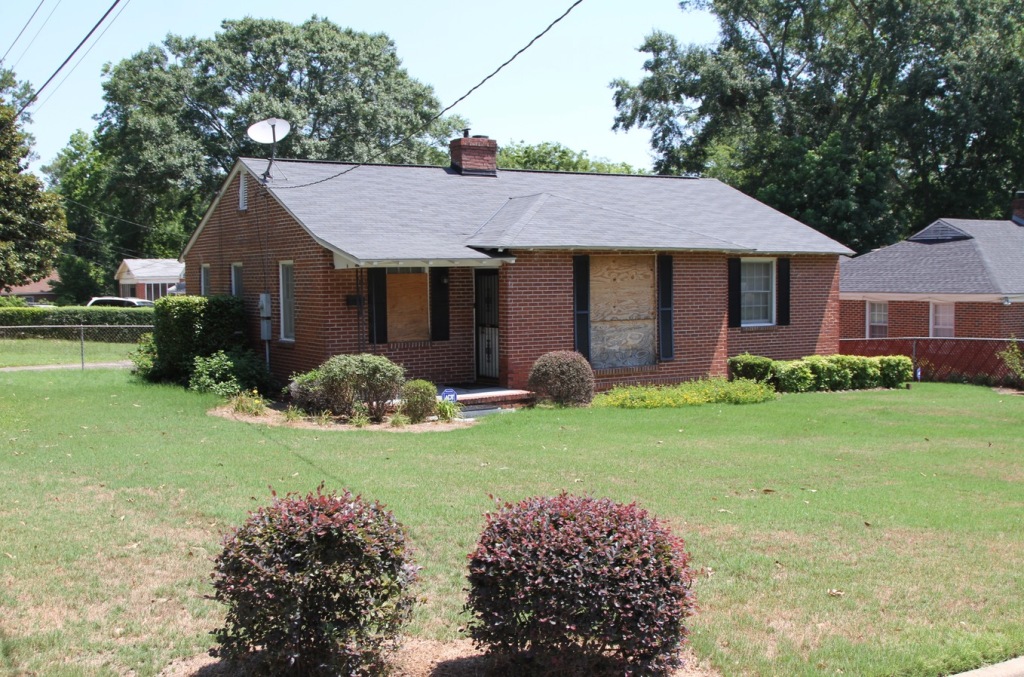 The folks who declare the permanent triumph of suburbia must live in the prosperous enclaves near the lake and golf course, not the poorly aging subdivisions that are rapidly losing value and becoming reservoirs for the downwardly mobile former middle class. There’s absolutely nothing wrong with any of these homes, but here they are boarded up as the entire neighborhood slowly slides into decline. 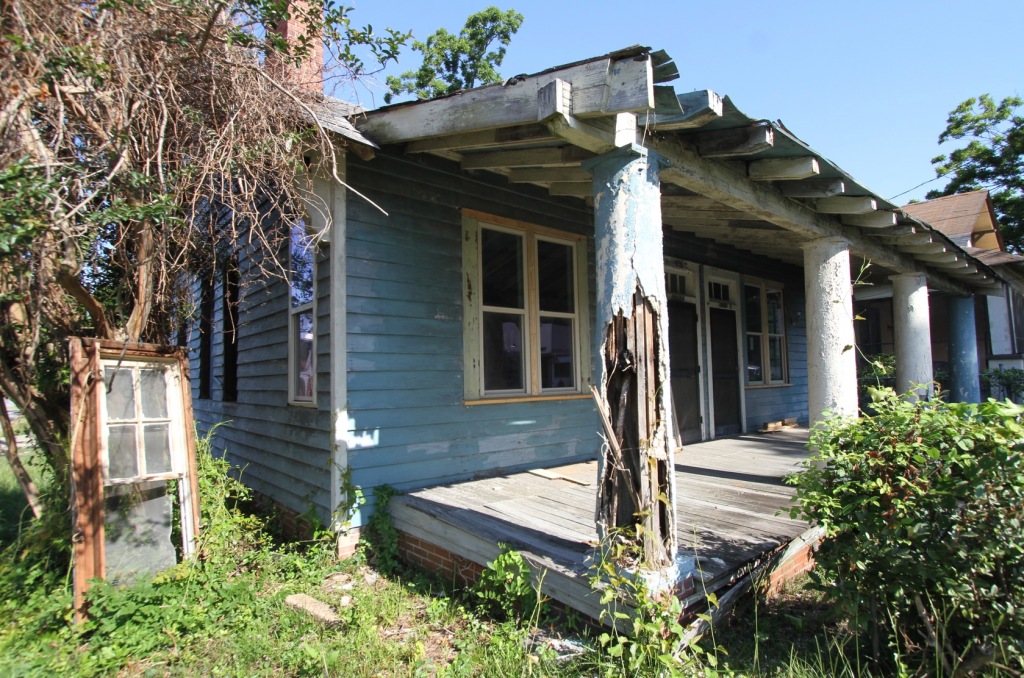 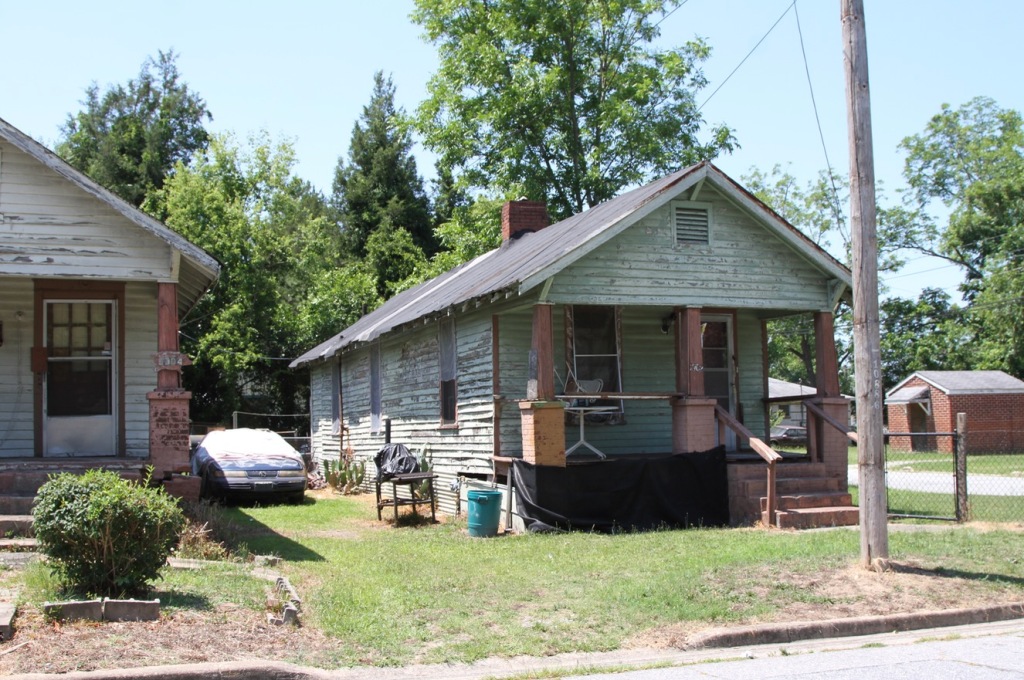 If the 1950’s subdivisions are looking dogeared you should check out the older neighborhoods from the early twentieth century. They’ve been neglected even longer and the collective deferred maintenance shows. I checked the real estate listings in this Georgia town and many of these homes can be bought for as little as $20,000. The average price seems to be closer to $40,000 or $50,000. 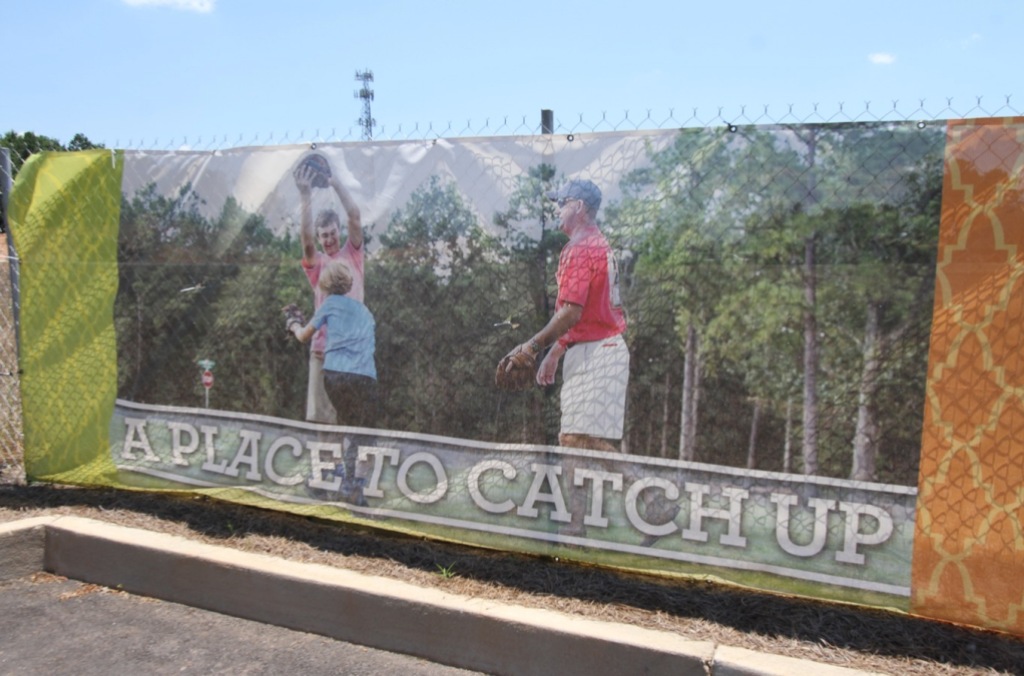 Here’s one of the problems. This town has enjoyed a suburban building boom for the last few decades. These new homes are part of one of the better new communities being built on the far edge of town. These are desirable places to live and people who can afford to move here do so. Homes here are offered for between $350,000 and $500,000. But this region has a steady population. The number of people in the area has been increasing very slowly even as the number of new homes and commercial buildings continues to ramp up at a heady pace. There’s a direct connection between the impoverishment of the empty homes in the older parts of town and these new developments way out on the side of the highway. 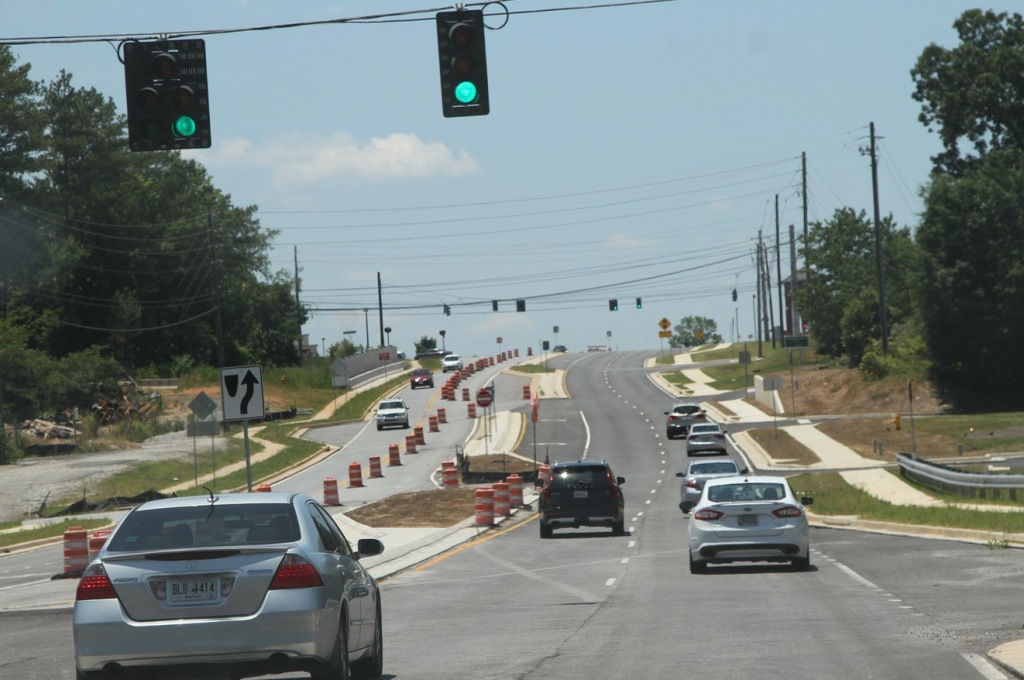 But these highways are another problem. There’s no end to the widening and extension projects to accommodate more suburban growth and relieve the accompanying traffic congestion. The funding for these road projects comes from state and federal sources, not the local tax base. Municipal sources could never pay for any of this on their own. In fact, there’s no way the local tax base could possibly maintain the existing infrastructure without constant infusions of cash from higher up. You might think… well, that’s what state and federal gas tax money is for. But many state DOTs around the country are short on cash and the feds have been dipping into the general fund to fill gaps in federal highway spending. Sooner or later that money will dry up and hard choices will need to be made about how much to jack up local taxes or which sections of road will not be maintained. 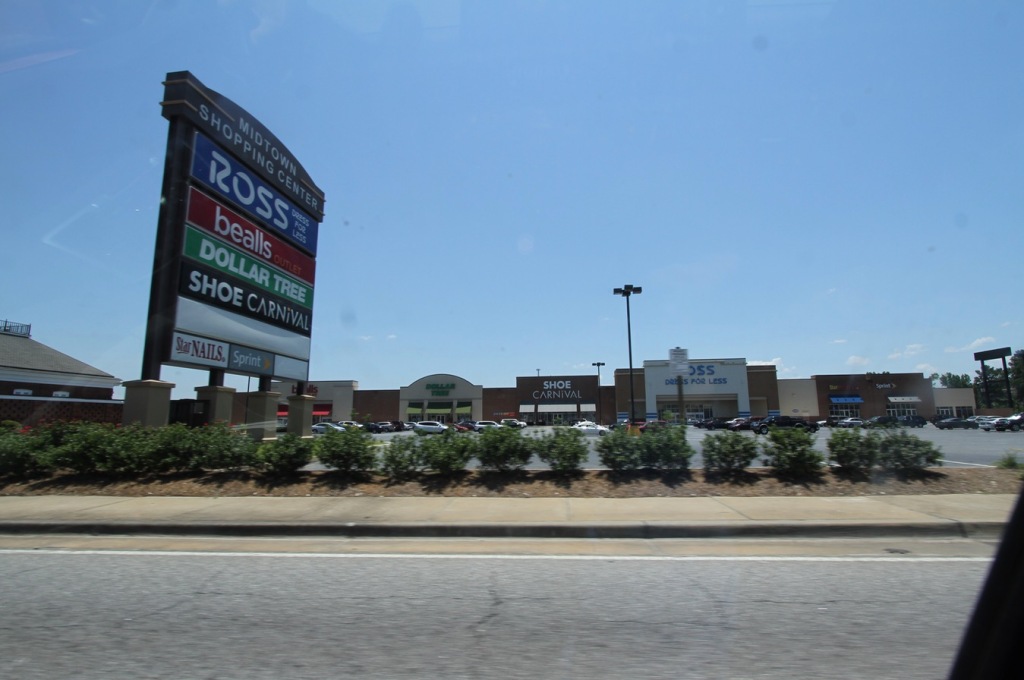 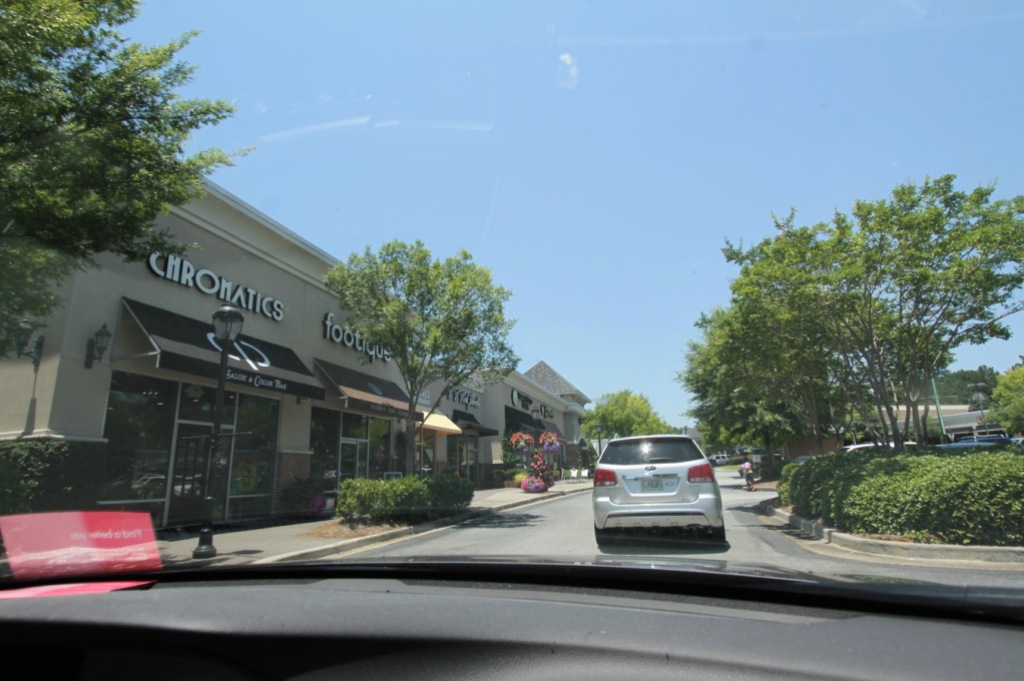 There’s also no end to the shiny new shopping plazas in the newer parts of town. They feed off the traffic of the new highways and all the new housing. This is economic development exactly as planned just as the boosters like to proclaim. Here it is! The Good Life with ample free parking and attractive shrubbery at a family friendly price point. 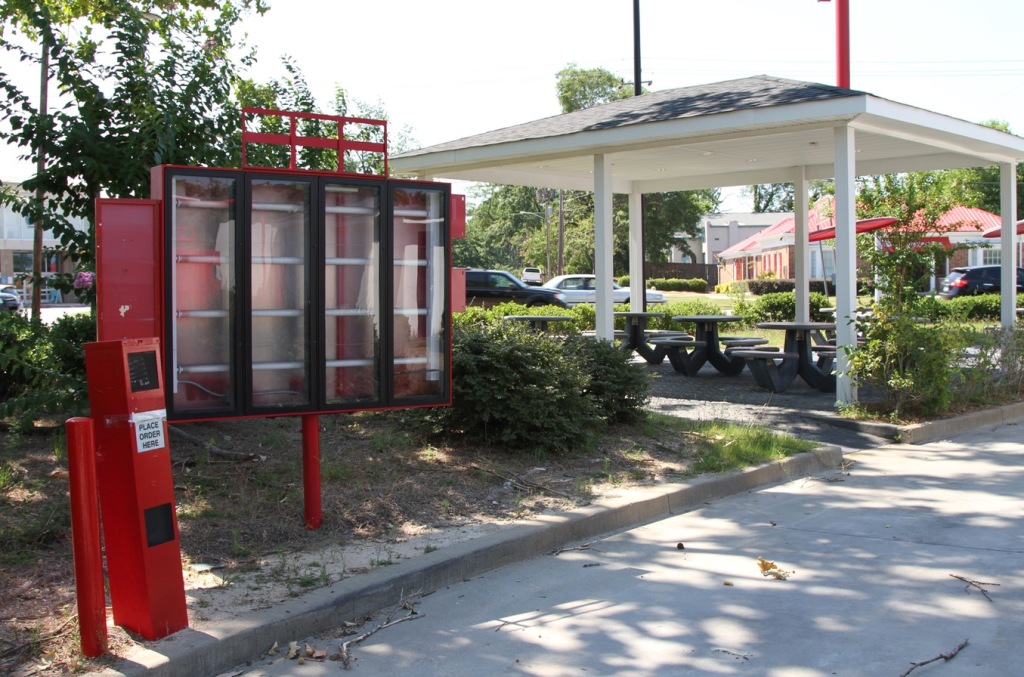 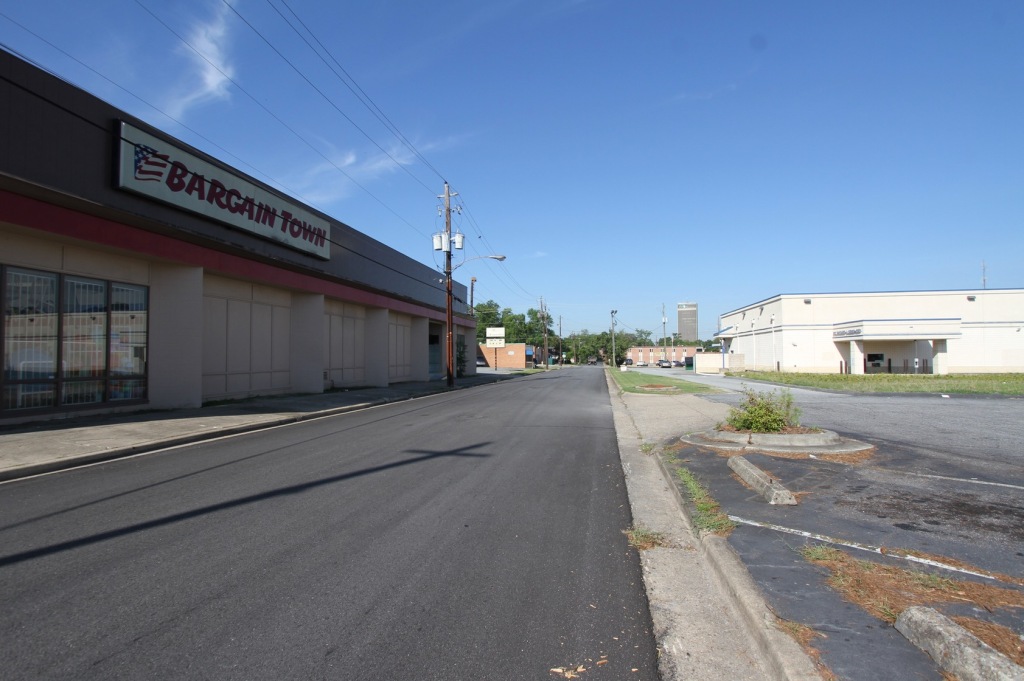 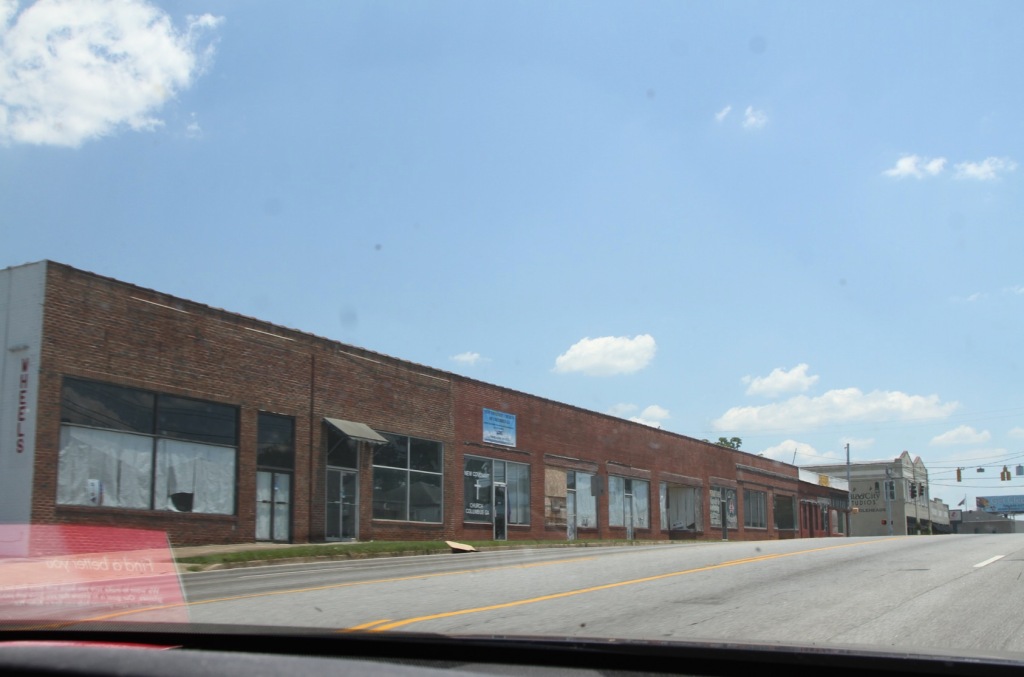 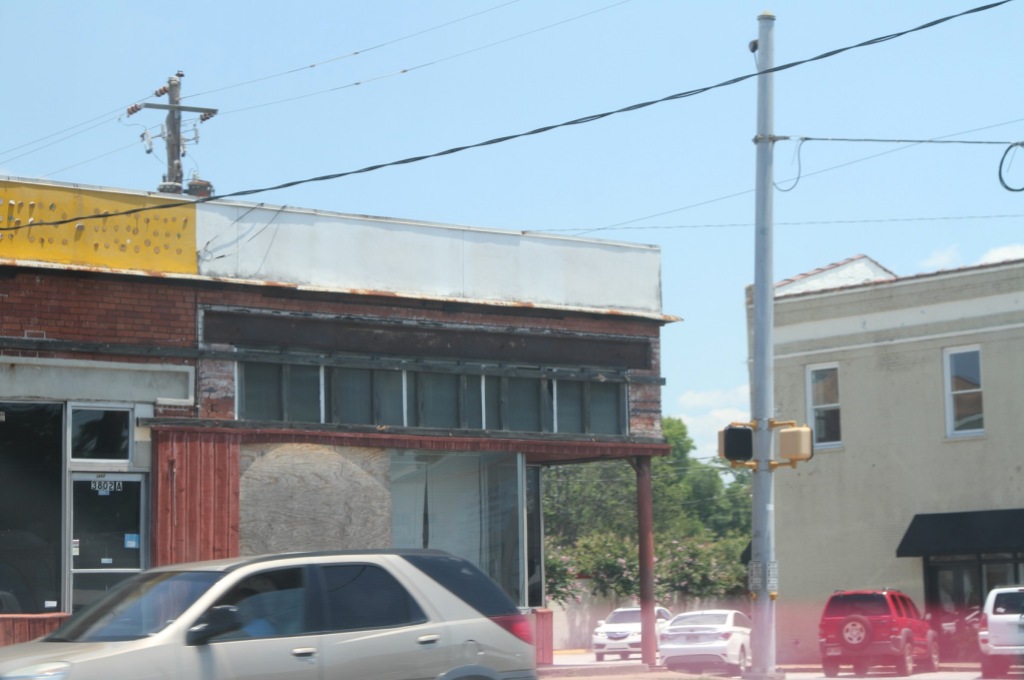 But there’s a hole in the bucket… What happens to all the old stuff as money and population migrate away? The retail pie isn’t actually getting any bigger. The pie isn’t being cut into smaller slices either. Someone took the whole pie and moved it to another table.

Above is a shot of just one of the many commercial centers on the edge of town. I colored the buildings red for emphasis. That’s pure retail. Almost every inch is national chain stores and franchise restaurants. Not a single building is more than one story tall and they all have a useful life expectancy of fifteen years before they’re fully depreciated. After that, they enter the downward slide toward Dollar Stores, wig shops, and strip mall evangelical ministries.

Above is the historic downtown at the same scale. This town hasn’t been “growing” so much as its been cannibalizing itself for years. Do your best Ross Perot imitation and say the words, “sucking sound.” The primary difference between the older development pattern and the stuff that’s being built today has to do with the ratio of public investment vs. private value. Downtown and the adjacent residential areas are mostly small-scale, compact, multi-story buildings with a minimum amount of roads, pipes, and wires connecting them. The new stuff is overwhelmingly huge roads, attenuated water and sewer lines, endless cables and a tremendous amount of surface parking and grass. The productive elements of the shopping malls are puny in comparison. And those buildings are extraordinarily disposable.